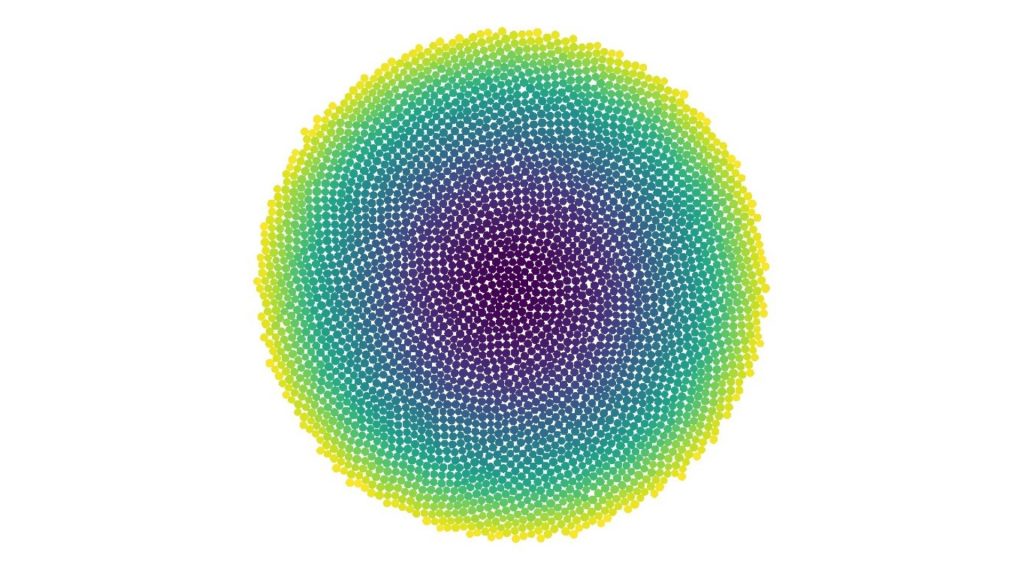 The video game FIFA is one of the best selling video game franchises, with over 325 million copies sold by the start of 2021. Its popularity is partly due to the detailed player scores that it’s also predicting for their whole career. Do those predictions hold up?

By looking at data from FIFA and analyzing patterns it displays, we intend to take a little peek behind the curtain of the amalgamation of two lucrative entertainment industries: The video games industry and professional football games.

We focussed on male football players, because the video game FIFA only includes those. Information for 5400 players has been collected from the Sofifa.com website through a process called scraping.

What is scraping?
This is an automated way to extract parts of a lot of websites, for example tables, and put them together in a structured format like an tabular Excel-file. This way of scraping costs a lot less effort than copying and pasting every single table cell and with the data in a tabular format an analysis of the data is possible

Sofifa.com is a website for fans of the video game franchise that keeps an updated database of EA FIFA football players. The scraped data comprises yearly characteristics for 360 players from the age of 19 through the years 2007 to 2021.

First of all, what kind of “scores” do players get? There are about 35 possible different skills that eventually comprise a player’s “overall score”. Football enthusiast website Fourfourtwo.com goes into this in more depth. They also mention that Electronic Arts, the publisher of the EA Sports FIFA franchise, employs scouts in real life that visit football games and keep track of players’ performance and progress.

Although a player can have a unique role (such as goalkeeper, defender, midfielder or attacker), they all have scores on the 35 skills. However, a midfielder’s overall score is calculated differently than, let’s say, an attacker’s. For example, Virgil van Dijk’s overall score calculation will put more weight on his scores in defensive skills (marking, aggression, tackling, and so on) than other skills, since he plays in the position of a defender. Similarly, an overall score’s calculation for Jan Oblak, a goalkeeper, will weigh goalkeeping skills more than others.

The overall score aims to make the complex set of players’ skills comparable to one another. EA FIFA also calculates another score: “potential”. This is supposed to estimate how good a player can probably become over the course of their career, that is how high the Overall score can possibly go in the future.

The accuracy of the predictions

In this analysis, potential scores for the players range from 64 up to 94. To compare differently skillful players they are categorized into three brackets: from 64 to 73, from 74 to 83, and from 84 to 94. We will only focus on the bracket from 84 to 94: Players with scores this high are considered to be very good and thus qualify for the description “future star”. For comparison: World class stars like Lionel Messi and Neymar are players with a score of 90 and above. So, choosing this bracket allows us to judge EA FIFA based on who they think will be a future star.

However, there are cases where players with low overall and low potential do actually make it to become world class level. Take Luis Suarez: In 2007 he was assigned a Potential of 74, which is about middle class. He blew past it and ten years later reached his prime with a score of 92. But, as said, in EA FIFA they were already given low Potential scores so EA FIFA did not predict stardom/high Overall score for them, and thus they are automatically excluded from this analysis.

That said, the results are mixed. The figure above shows the accuracy of predictions from the years 2007 till 2021. For example: out of the 360 19-year-old players in 2007, only 2% managed to reach or cross their potential score. The highlighted area shows players that have had 10 or more years of Football playing time to reach or pass their potential score by 2021. Those show the highest share of achieving their potential: About one in four players from 2013 was predicted correctly.

The zero percent accuracy for years 2017 to 2021 can be explained as follows: the players from these years have not had the time to reach/cross their Potential score. Apparently the Potential score is so high it can be achieved after six years at the earliest, at least for the players we looked at.

So the years of experience playing is an important “tuning knob” we need to use to determine EA FIFA accuracy at predicting future stars. The chart below shows another perspective on the accuracy of the prediction: how it changes with respect to the time given for players to play and reach/cross their potential scores.

To determine the EA FIFA accuracy for players who have played at least 10 years, for example, we have taken the average of percentages for years 2007 till 2011, as a player with this experience and active in 2021 must have started in or before 2011. This results in a prediction accuracy of 8.8%, meaning that for players with 10+ years of experience, EA's prediction of potential was correct for 8.8% of players. Similarly, we find that the accuracy of the EA FIFA's potential prediction for players who have played for 8 years or more is 13.6%.

The accuracy seems to peak when giving players 8 years to play, then gradually descends as we give players more time. This mirrors the trend seen in the earlier figure.

It’s interesting to see that more experience doesn’t automatically translate into fulfilling the Potential score. Overall, EA FIFA is not very good at correctly predicting football players’ potential over their career, at least not according to our analysis. Further insights might be gained if one knew more about the underlying algorithm and if it changed over time. Currently it is a blackbox that we can only observe from the outside.